Growing your super with contributions from government

When you’re raising a family, things can get expensive. Putting money away for a distant retirement can be a low priority.

There are school fees, hobbies and sports to pay for, the mortgage to take care of, other investments to make and so much more to consume all your cash.

But even small changes now can make a big difference by the time you retire.

Let’s look at a case study:

If Millie and Andy want to avoid relying solely on the age pension for as long as possible, they could think about retiring later or living on less in retirement. Or, they could look at putting money into their super now.

Co-contributions: even a small amount can make a difference.

This could allow Millie and Andy some extra freedom at retirement. They could do some home improvements, take a holiday, pay off other debt or simply enjoy longer in retirement without relying solely on the age pension.

Of course, Millie and Andy might choose to do a combination of retiring a little bit later, living on a bit less and putting extra into Millie’s super. Choosing to retire at 67, live on $63,000 a year and put an extra $20 a week into Millie’s super now means their super could potentially last until their early 90s.

If you want to make after-tax contributions to your ElectricSuper account, you can use the Vary Your Contribution form to have your electricity employer make contributions via your payroll. 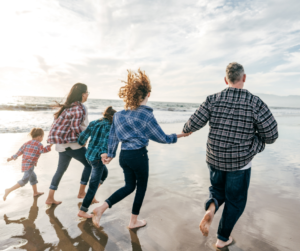 *Other criteria are considered before a co-contribution is paid by the government, such as your current super balance, your age, your work status, and more. See the ATO website for more information.

This story is provided as an example only. It uses rounded and approximate figures. We do not recommend you take action based on the information in this story without speaking to a financial planner first, as this story and its examples do not consider your circumstances, needs or objectives. See the ATO website for more information about co-contributions and putting money into super.

We recommend you speak to a financial planner before making changes to your super and other money.

What difference can 2% make

The effect of divorce and separation

Come and talk to us

Get your super sorted with a face to face consultation.